The Story of Yeahhh Baby! 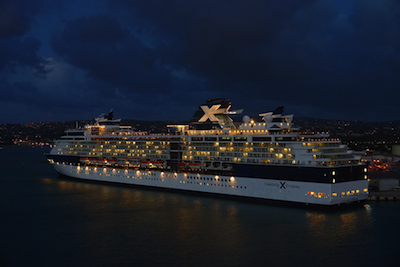 I was scheduled to take a cruise vacation.  I was excited about going; I just couldn’t wait to get on the ship and sail.  My mother had been sick so I decided to drive over to Georgia from Memphis, Tennessee and surprise her; just check in on her before I left on the cruise the following weekend.  I received a phone call on my way over from my dad stating, “Your mother only has 48 hours to live!”  What!?!  Forty-eight hours to live!  Dad stated that I needed to come now!

I told him, “I am on my way; I am only two hours away!”  I just couldn’t believe it; only 48 hours.  I was just there the middle of August.  I knew she was not in the best of health, but 48 hours!  This was September!  I knew I must cancel the cruise that my children, other family members, and friends were scheduled to take.  I needed to act on the four pages of notes of directions she had me write down in August.  This came faster than I was expecting.  Ooooohhhh my GOD; the time to carry out her wishes was here!  Okay, pull it together; pull it together; stay focused.

Where were my instructions?  I decided to skip going to the hospital first and go straight to the house and get started on what my mother had instructed me to do.  I knew Dad had called everyone he could think of so I could focus on what needed to be done.

When I arrived at the hospital, Dad was scared and nervous.  He informed me of all the people he had called and who were coming.  I noticed that a few of the doctors were mad at each other in the hallway.  Finally, one of the mad doctors came into my mother’s room and stated to us that mom had kidney failure.  What!!!  She had never mentioned kidney failure to me.  The doctor stated she was at stage four.  What!!! Stage four!!!  What is stage four?  How did she get kidney failure?  She has a bad heart; not kidney problems, I thought.  The doctor stated he had done all he knew to do.  My dad looked at the doctor and begged him to do something else to keep her alive.  They had been married 42 years.  The doctor said that he could give her some medicine that would work in place of her kidneys, but it would give her diarrhea.  Also, it would only help for two weeks.  My dad said, “Okay.” 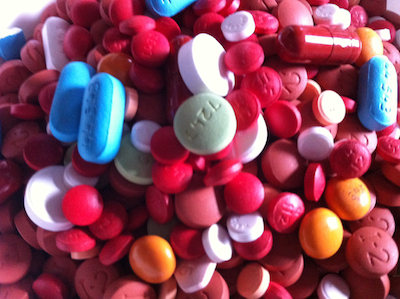 I had to start making funeral arrangements, updating her obituary, and handling all the business and banking that needed to be done.  It wasn’t long before I met all her doctors.  Her general doctor and her heart doctor had a spat in the hallway with the kidney doctor.  Now, these fellas were beginning to make sense.  The heart doctor mentioned to me that the general doctor was giving my mother heart medicine and of course he was too.  He stated that’s why he couldn’t understand why my mother kept complaining about how she was feeling.  I do remember speaking to him in August on the phone and he was puzzled as to why she was not feeling any better.

After my mother’s funeral, I started looking into her general doctor because I was confused as to why he was also giving her heart medicine.  Could this have been the reason for her kidney failure?  It turns out this doctor was about the money.  He had given her all kinds of prescription drugs.  Some of them were over-the-counter drugs.

Did you know that prescription drugs are the 4th leading cause of death in America? Read the article published by Harvard University here. Click this link to find out how this fact can impact you and your family.

This butthole of a doctor sent a bill to the house for $12.34.  I got mad all over again.  Dad and I went to his office about the $12.34.  I asked for a printout of her account.  The really nice lady handed me the printout.  It had a one penny charge, a few four- and five-cent charges, and a one dollar and a few pennies.  I just couldn’t believe what I was reading was right.  I asked the billing lady to explain the bills.  She stated that all those .01, .05 and so on were all cents charges and that they had received their money from the insurance company.  I realized that this was my part and my cost for all the drugs that the doctor had prescribed that killed my mother.  I wrote a check for the full amount and told the lady she could close their account because my father would not be coming back.

Exercising Our Power to Change "Physicians"

She informed the doctor and he immediately came to her office to tell me that my dad could not go to another doctor and that my parents belonged to their professional group, and that they were a network, and that my dad could not go to any other doctor’s office.  What!?!  Hmph!!! This network had just killed my mother.  I would not leave my dad in this network of “professionals” without a fight.  Then I looked at dad and looked that doctor straight in the eyes and repeated what I had just said to his billing lady.  I said, “You can close their account because my father will not be coming back.  Which part of that did you not understand?”

Dad said very softly, “Baby, I need you,” as he held my arm.  Those few words my dad spoke saved the doctor’s life and kept me out of prison.  I vowed that I would not let this doctor or any other doctor take my father’s life using prescription drugs.  I needed to take control!  Of course, the first thing I did was change him to a different doctor.

Dad’s knees would swell so bad and get very stiff.  I began looking for an alternative way to help him.  I started looking into how I could help him with the pain that he was experiencing without interfering with the medication that he was already taking.  I needed something that he could rub on that was organic and/or all natural.  I wanted something from nature that GOD has made like herbs, tree leaves, roots and bark, etc.  After many attempts, I finally did it!  I used my co-workers, friends, and myself as the guinea pigs of the ointment that I had made up several different times.  I rubbed both of my knees down the first night.  In the morning, the swelling in my right knee had gone down and the pain in my left knee was gone.  My first thought was, “Yeahhh baby, this will work.”  I shipped it to Dad.

Yeahhh Baby! Does Double-Duty & Gets Dad's Seal of Approval

I had no idea that his hands bothered him.  Dad called my brother and told him that I was a doctor.  I had healed his hand that had been hurting him for years.  Dad was 84 years old at that time.  He had been suffering for many years with arthritis in his hands.  Dad uses his ointment on everything that hurts, stiffens, or swells.  I asked Dad what he thought about the name Yeahhh Baby. He laughed and said, “Yeah baby, it works!!!  That’s a good name.” That was the beginning of “Yeahhh Baby!”

In case you think my Dad is biased...check out our testimonials page to get the inside scoop from people who aren't related to me. :) 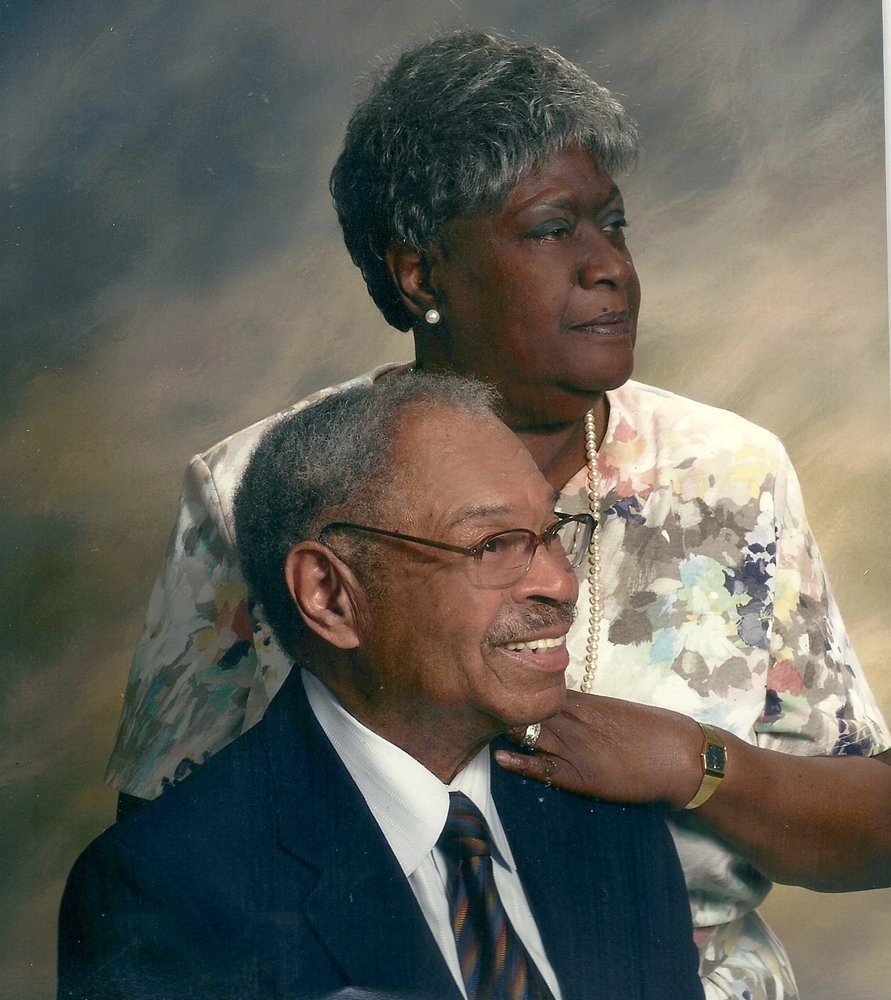 My name is Lacey, the father of Deborah Hayes, and I would like to tell you about YeahhhBaby. Well, I was using all kinds of medicines trying to stop the aching pains that I was having in my knees, back and hands. Sometimes my hands would swell and hurt when I got off work. I was reluctant about taking pills but I would use the medicine and hope for the best. I even used different kinds of ointments to stop the hurting and nothing seemed to have lasting relief.

One day my daughter, Deborah, called me and said, “Dad I made some medicine and I want you to use it. I am sure it will help you because I don’t want you to keep taking pills like mother did and those pills did not help her at all. All you have to do is rub it on.” I said ok baby, send it. When it arrived I started using it on my hands, the swelling went down and they stopped hurting. I said to myself, Yeah baby (that’s how the medicine got its name). I rubbed it on my knees and my back, got the same results; the swelling went down in my knees and my back stopped hurting. I started to walk straighter because my back didn’t hurt. I would rub it on wherever I’m hurting before I go to work or even at night before going to bed and I would wake up not hurting.

One day I was helping my daughter set up a wet table saw that she had bought and while we were working on it, some kind of way I got my finger caught in between the standing bars and it busted my finger. My daughter took me to the hospital and I had stitches put in. Well, the next day my daughter washed and cleaned my finger and told me to use YeahhhBaby. I said ok. We kept putting the medicine on until I got the stitches out. I continued to use YeahhhBaby and my finger healed. I can’t even tell where my finger was busted.

I told my friends about yeah baby and the ones that I told; they use it and told me how well it works for them. I thank God for using my daughter and helping her to help me and other people.

God Bless, from her father. 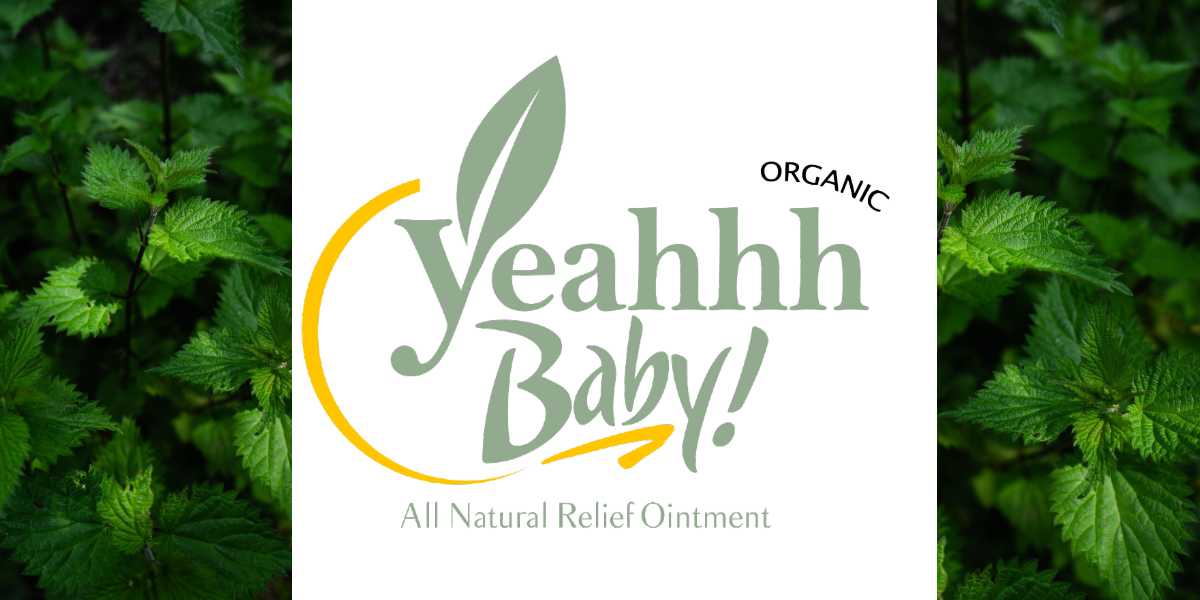